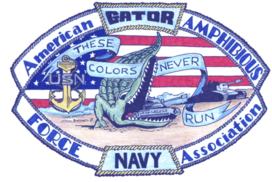 Back about 1999 -2000 a few “GATORS” got together in Newport News, Virginia in hopes of starting an organization for the LST’s (Amphibious Navy).

The American Amphibious Force Association was formed to honor the memory of those who served in the Amphibious Forces of the United States Navy and members of all branches of the Armed Forces who served in amphibious operations. The Navy/Marine Corps Team has fought to preserve the nation's liberties since its birth and today is on the front lines in the fight against terrorism. The Lone Sailor image at the top of this page is a replica of the permanent plaque installed in The United States Navy Memorial, 701 Pennsylvania Ave., NW Washington, DC.

The Association is seeking to help preserve contributions made by the Amphibious Forces to the defense of our nation and to provide a focal point for community participation in events commemorating our Naval Heritage.

We're a young, growing, and exciting veteran’s organization - and we're looking for Amphib vets who'd like to find and re-associate with their shipmates and other amphibious veterans. The AAFA invites sailors from all amphibious classes.

Consider joining us and finding your old shipmates. 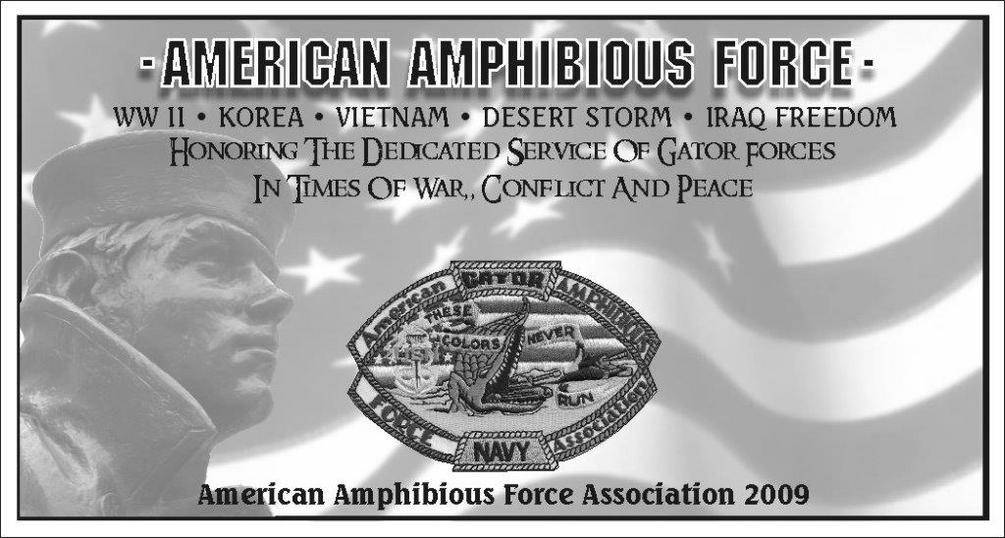 Contact Us
Now Hear This
Newsletters
View on Mobile